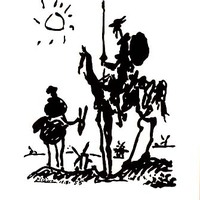 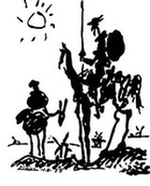 The Rise of Illiberal Democracy

"The American diplomat Richard Holbrooke pondered a problem on the eve of the September 1996 elections in Bosnia, which were meant to restore civic life to that ravaged country. "Suppose the election was declared free and fair," he said, and those elected are "racists, fascists, separatists, who are publicly opposed to [peace and reintegration]. That is the dilemma." Indeed it is, not just in the former Yugoslavia, but increasingly around the world. Democratically elected regimes, often ones that have been reelected or reaffirmed through referenda, are routinely ignoring constitutional limits on their power and depriving their citizens of basic rights and freedoms. From Peru to the Palestinian Authority, from Sierra Leone to Slovakia, from Pakistan to the Philippines, we see the rise of a disturbing phenomenon in international life -- illiberal democracy.

It has been difficult to recognize this problem because for almost a century in the West, democracy has meant liberal democracy -- a political system marked not only by free and fair elections, but also by the rule of law, a separation of powers, and the protection of basic liberties of speech, assembly, religion, and property. In fact, this latter bundle of freedoms -- what might be termed constitutional liberalism -- is theoretically different and historically distinct from democracy. As the political scientist Philippe Schmitter has pointed out, "Liberalism, either as a conception of political liberty, or as a doctrine about economic policy, may have coincided with the rise of democracy. But it has never been immutably or unambiguously linked to its practice." Today the two strands of liberal democracy, interwoven in the Western political fabric, are coming apart in the rest of the world. Democracy is flourishing; constitutional liberalism is not." (kiemelések tőlem - Rás)

"The tension between constitutional liberalism and democracy centers on the scope of governmental authority. Constitutional liberalism is about the limitation of power, democracy about its accumulation and use. For this reason, many eighteenth- and nineteenth-century liberals saw in democracy a force that could undermine liberty. James Madison explained in The Federalist that "the danger of oppression" in a democracy came from "the majority of the community." Tocqueville warned of the "tyranny of the majority," writing, "The very essence of democratic government consists in the absolute sovereignty of the majority."

The tendency for a democratic government to believe it has absolute sovereignty (that is, power) can result in the centralization of authority, often by extraconstitutional means and with grim results. Over the last decade, elected governments claiming to represent the people have steadily encroached on the powers and rights of other elements in society, a usurpation that is both horizontal (from other branches of the national government) and vertical (from regional and local authorities as well as private businesses and other nongovernmental groups)"